As part of our aerial imaging business operations, our company is working on the development and production of plates (hereinafter referred to as the ASKA3D-Plate) used for midair imaging. We have now managed to successfully develop a plastic ASKA3D-Plate which allows midair imaging with much higher brightness and image quality when compared to conventional models. From November, we plan to provide samples of the new version.

Establishment of a plastic ASKA3D-Plate mass production system has been a long-standing challenge. We have now managed to develop an effective production method that is suitable for mass production and proceeded toward the prototyping stage. From June of this year, we achieved stable levels of quality and started the supply of production samples. However, after comparing the midair imaging performance with glass ASKA3D-Plate models, there were several requests for improved brightness and imaging quality. Therefore, rather than progressing straight to mass production, we decided to first prioritize efforts to improve quality.

Focusing on the molding process that greatly effects imaging quality and brightness, we made improvements to the mold design and release technology and revised production methods and materials in other related processes. As a result, we successfully developed a means for producing plastic ASKA3D-Plates that has far superior brightness, imaging quality, projection distance, and distortion when compared to the first version.
In addition to supplying samples, we plan to proceed to the mass production prototyping stage and work on stabilizing quality, improving yield, and further refining our production method. The final mass production system can then be built upon receiving our first mass production order.

Plastic ASKA3D-Plates have a lower cost and can be supplied at much greater quantities than our glass models, and we expect they will be combined with sensors for embedding applications. Our 'touch panel that doesn't need to be touched' will be exhibited at C-touch Shenzhen in November and Finetech Japan held at Makuhari Messe in December. At these events, we hope to explore the possibilities of the touch panel market and promote future sales. 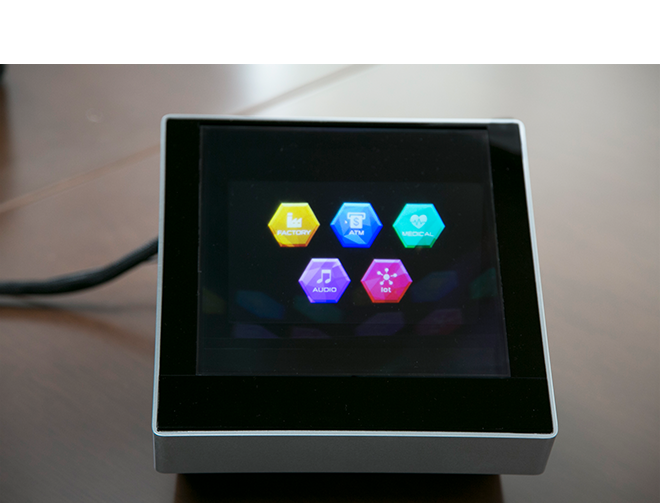